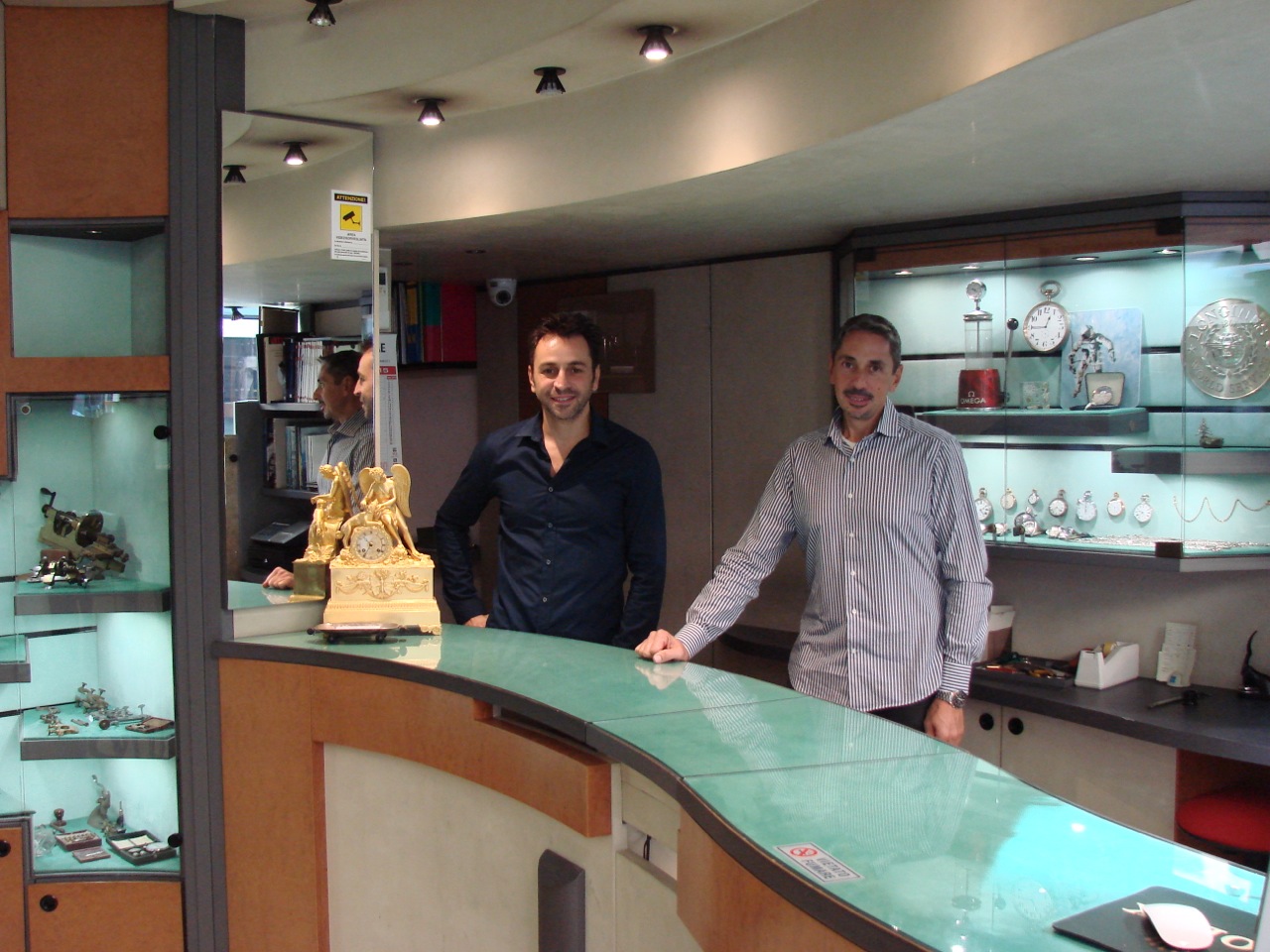 We come from a family of watchmakers since our Father and Grandfather practiced the trade. During our childhood we were drawn to the profession and our Father did his part passing on tradition, enthusiasm and experience.

When I Giulio came of age I chose to pursue a watchmakers diploma from the C.A.P.A.C here in Milan and in July 1989 graduated at the top of my class. During this time my Theory teacher Professor DeToma offered me an apprenticeship in his private workshop where I would remain two years specializing in antique clock restoration. With the passage of time Prof. DeToma would pass on his tooling and trade and in 1991, feeling mature enough to start my own business, opened “Piana Giulio”.

Even my brother Stefano chose a path in horology and in 1992 graduated from the C.A.P.A.C of Milan followed by a short apprenticeship with a renowned case maker. With our Father specialized in the repair and restoration of wrist and pocket watches by our side my brother and I learned the tricks of the trade. In 1995 “Giulio Piana” became “Atelier Orologiaio” opening with it a new door into horology for the public on January 24, 1996.

In these years we have done a lot of work for important and demanding collectors and antique dealers such as Piero Betti from Corso Venezia and Giocomo Wannenes from Via Mansoni who has written many books on antique clocks all of which published by “Leonardo”. In his book “The Most Beautiful French Clocks” you can find many pieces carefully and tastefully restored in our workshop.

Some of our most noted works include: Restoration of the entire antique clock collection of the Popular Bank of Novara. The most important pieces at the Civic Museum of Pesaro. The splendid tower clock by “Bartolomeo Bertolla” found in the museum Diocesano of Trento.

For many years we were the official Technicians to the auction house Antiquorum of Milan Piazza Duomo 21. Thanks to the tooling inherited from our Father and Grand Father, plus that which we have collected, we are equipped to reproduce damaged or missing parts.

We evaluate , acquire and retire in exchange luxury watches for men and women .

Sell us a watch »